This was built for Rowand Machinery and is our Rylind RPD Snow Plow with custom bolt-on box plow ends for Airport snow removal. We also added safety marker lights and flood lighting for use on an the airport runways.

This is a 16′ wide plow that was built for the Shoshone County Airport per their specs. There are bolt-on removable side plates so they can have an angle plow and a box plow snow pusher in one. Since the plow is 16′ wide they wanted Amber and Red Marker lights on the ends for safety visibility. They also requested flood lights to illuminate the snow plowing path ahead of them with guards to shine a knife edge light pattern down the runway. All the lighting was wired using a 6-wire round trailer plug that can plug directly into the loader to run the lights. Carbide insert cutting edges were also added for extra long plow blade life while removing snow from runways and the surrounding tarmac and parking lots. 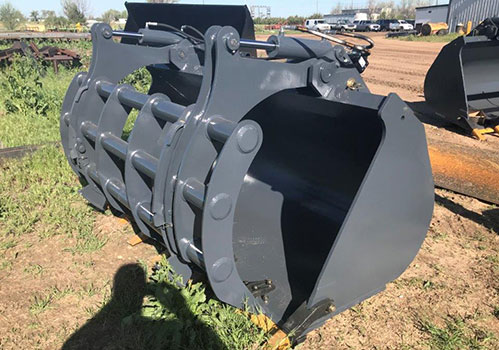 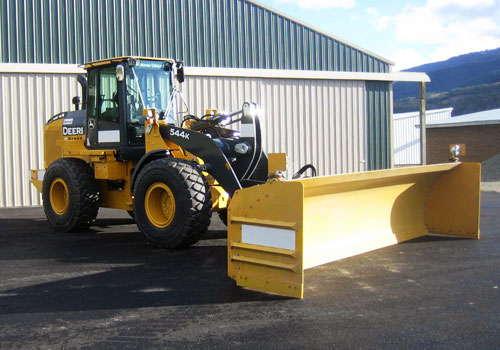 This was built for Rowand Machinery and is our Rylind RPD Snow Plow with custom bolt-on box plow ends for Airport snow removal. We also 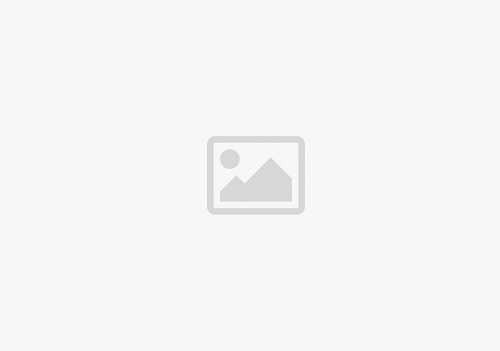 Rylind Manufacturing has partnered with Direct Capital to offer our customer the ability to finance your attachments with terms from 30 days to 7 years.

Rylind Utility Pallet forks are for use on Agricultural Loader, Loader Backhoe, and Wheel Loader applications. Ranging in classes from 1 yard to 4 yard

A smaller version of our Standard MDP plow. Our SMDP is built for 1-2 yard loaders and smaller motor graders giving customers greater versatility and